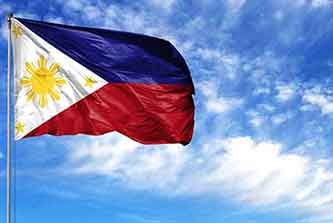 It’s the second batch of deportations after six Chinese citizens were deported on October 19.

The Philippines – The Bureau of Immigration (BI) has reported that 21 Chinese citizens involved in illegal online gambling have been deported in the last week. According to authorities, it’s the second batch of deportations after six people were deported on October 19.

Back in September, the Philippine government had warned that from October 1, it would start to deport nearly 300 Chinese citizens who were illegally employed by online gambling operators.

Immigration commissioner Norman Tansingco told GMA Network: “We will ensure that those involved in illegal activities will be deported and blacklisted. This is to create a safe space for foreign nationals who comply with immigration policies are here in the country legally.”

As previously reported by Focus Gaming News, a meeting between Justice secretary Jesus Crispin Remulla and Chinese Ambassador Zhou Zhiyong was convened to enhance cooperation between China and the Philippines to combat crimes associated with POGOs.

Remulla estimated there are about 40,000 illegal online gaming workers in the Philippines and previously warned senators that if the government has limited resources to be able to accommodate them if they are all detained.

The president of the Philippine Senate, Juan Miguel Zubiri, claimed that China had placed the Philippines on its tourist destination blacklist due to the presence of POGOs. The Beijing embassy in Manila quickly denied it but Zubiri said that he was informed by Chinese ambassador Huang Xilian during a session studying the potential impact of banning POGOs.

Senator Risa Hontiveros has suggested that half of the senate could vote in favour of the bill to ban POGOs. Meanwhile, The Foundation for Economic Freedom (FEF), the Makati Business Club (MBC), and the Management Association of the Philippines (MAP) have issued a joint statement arguing that POGOs have a high social cost and damage the country’s reputation.