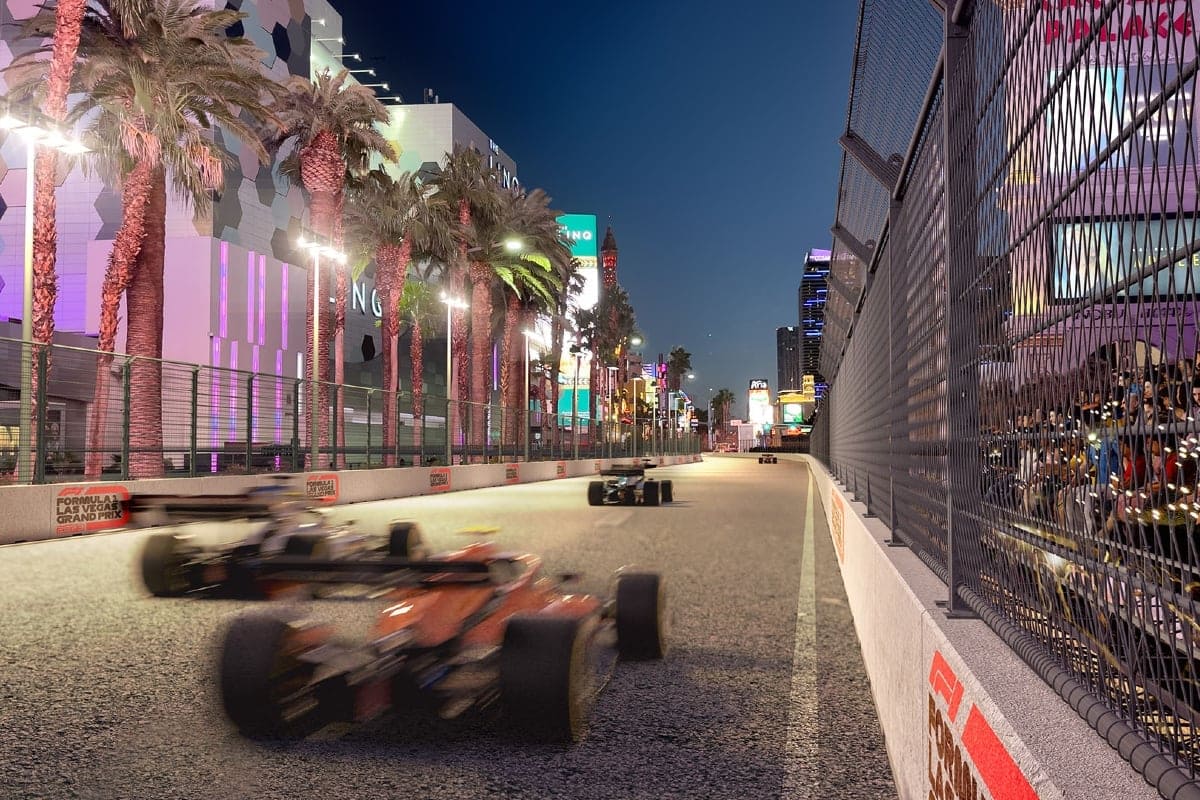 The first super-charging for the Las Vegas Grand Prix is being performed by Sin City’s resort hotels a year in advance of the race. At Caesars Entertainment – the first chain to publish room rates for Nov. 16-19, 2023 – the average price zoomed 305% over the same weekend this year (Nov. 17-20). This was according to a survey conducted by KLAS-TV on the evening of Oct. 31. (Las Vegas hotels don’t have set room rates. They fluctuate constantly based on demand.)

The race will be held 10 p.m. Saturday, Nov. 18, 2023. It will feature 50 laps around a 3.8-mile circuit weaving throughout the Strip, with a straightaway allowing drivers to push 212 miles per hour.

Leading the pack of Caesars properties in surge pricing, according to the KLAS survey, was Rio All-Suite Hotel & Casino. It requires $787 per night for the weekend, an increase of 678% from $100 per night this year.

Bringing up the rear was Caesars Palace, whose rate increased only 75% year over year. Still, at $1,291 per night (totaling $3,873 without resort fees, taxes or, most expensively, race tickets) that’s enough to raise thousands of red flags on Vegas plans for that weekend.

And if you think those prices are high, earlier this month, property owner Bryan Ercolano told the Las Vegas Review-Journal he was planning to rent out the 59th-floor penthouse of the Palms Place tower – which his group purchased for $12.5 million in 2019 – for $100K per night.

On Your Marks … Get Set … Pay!
Formula 1 recently announced the price of general admission race tickets (sold as 3-day passes only) at $500. Those go on sale to the to the public at 10 a.m. Saturday, Nov. 5 via ticketmaster.com.

However, it did not announce price points for its eight higher-experience levels. The top-tier Paddock Club viewing experience is heavily rumored to cost $18K per person.

MGM Resorts International plans to scoop up $20 million to $25 million worth of tickets, with an eye toward cobbling together hotel/race packages with $100K price tags.

“At this point, I’m thinking about renting a Chinook helicopter with a group of friends, filling it up, and hovering above the course,” wrote a disgruntled member of the Formula 1 Las Vegas 2023 Facebook group. “It seems the most cost-effective way.”