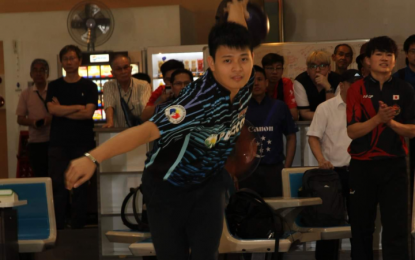 The other members of the team are Jordan Dinham, Emerson Gotencio, Kenneth Chua, Lara Posadas-Wong, Mades Arles, Krizziah Lyn Tabora-Macatula and Rachelle Leon. They will be accompanied by Jojo Canare and Biboy Rivera.

Tan ended the country’s 11-year gold medal drought in bowling when he ruled the men’s singles event last May in Hanoi. It was the same event won by Frederick Ong in the 2011 edition held in Indonesia.

He collected his second gold medal in the team of four event with Ian Dychangco, Patrick Nuqui and Ivan Malig.

The best tenpin bowlers in the world are expected to join the biennial event presented by QubicaAMF.