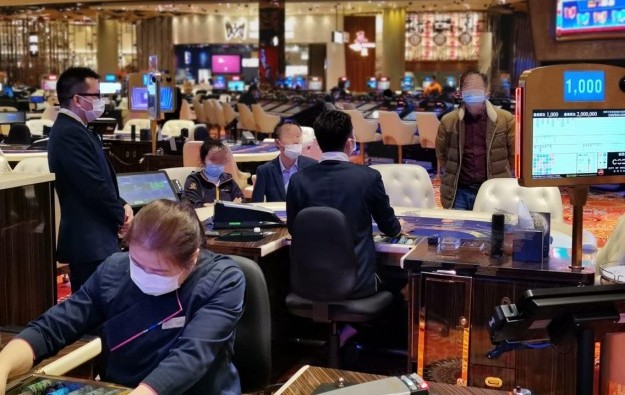 The Macau government will “closely monitor” the next generation of gaming concessionaires, regarding commitments that have been made in the current bidding process. This included the promise to “guarantee the employment rights of local residents” and to help the city diversify its economy, said Adriano Marques Ho, the head of Macau’s casino regulator, the Gaming Inspection and Coordination Bureau. He is also a member of the commission that is assessing the tender bids.

Mr Ho’s remarks were from a reply – made public on Friday – to a written enquiry in August from Macau legislator Leong Sun Iok, who represents the interests of the city’s largest labour group, the Macau Federation of Trade Unions.

Mr Leong had asked the government what measures it planned, to protect the employment interests of locals in the casino sector. He cited concerns from “many” industry employees that there might be “layoffs” in the sector once the government had granted new gaming rights.

Senior Macau government officials have said several times during the pandemic crisis, that they anticipated that current concessionaires would do their best to avoid layoffs of Macau ID holders.

Bill Hornbuckle, chief executive and president of MGM Resorts International, parent of current Macau operator MGM China Holdings Ltd, had commented this week when asked about the tender process, that his firm had been “highly supportive throughout… Covid, in taking care of our employees, taking care of all of our SMEs [small and medium-sized enterprises].”

Credit Suisse (Hong Kong) Ltd said in a Monday note – citing “channel checks” – that the Macau authorities in their negotiations with the bidders in the ongoing tender process, had “requested a much higher investment into non-gaming” than the bidders had so far tabled.

The Macau authorities have previously stated they aim to have up to six, 10-year new concessions, starting from January 1, 2023. Macau’s tender process has received seven applicants, including the six incumbents, and a unit of Genting Malaysia Bhd.

Mr Ho of the gaming bureau – a body also known as DICJ – said in his reply to the local legislator: “Maximising Macau’s overall benefits will be our principle when negotiating the [gaming] concessions’ contracts.” That was understood to be a reference to the negotiation phase that will follow between the government and each commercial partner chosen via the tender process.

He added: “Following the grant of the [new] concessions, we will closely monitor the gaming concessionaires’ implementation of what they have promised in their bids, which will include the exercising of their social responsibilities for ensuring the gaming industry can be sustained healthily; [that] local residents’ employment interests are protected’ and [that they are] supporting the diversification of the economy.”

The DICJ director did not directly address the legislator’s question regarding what action the government might consider, were there to be layoffs after awards of new concessions.

The official also cited as a reference point, the corporate social responsibility article of Macau’s updated gaming law. Under it, gaming concessionaires are required to ensure employment of locals and their “upward mobility” career-wise. The concessionaires are also required to have a provident fund for their staff, and to guarantee to cover any labour-related financial liabilities.