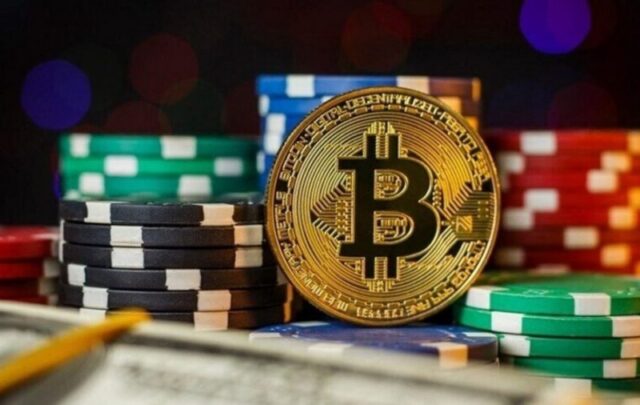 Bitcoin rebounded to above $19,000 on Thursday in a wild day of trading that earlier saw the largest cryptocurrency dive after a hotter-than-expected U.S. inflation report.

Analysts were at pains to explain the logic of the move, because the Consumer Price Index report theoretically puts additional pressure on the Federal Reserve to keep ratcheting monetary policy tighter – usually a negative factor for prices of risky assets from stocks to cryptocurrencies.

U.S. stocks staged a comeback as well, and investors in traditional markets said it was possible that the negative news had already been accounted for by traders.

“The (CPI) number came in quite close to expectations and thus had been largely priced in ahead of time,” said Riyad Carey, a research analyst at crypto data firm Kaiko.
Ether (ETH) followed a similar trajectory on Thursday as BTC, plunging during the early U.S. trading hours and then recovering by midday. As of press time, it was off 0.9% to $1,280.
Thursday’s trading saga began when the Labor Department released its CPI report, showing that the inflation index rose 8.2% in September, which was faster than the 8.1% forecasted by economists.
Some market watchers homed in on a more striking figure – the “core” CPI that excludes volatile food and energy prices. That index rose 6.6% year-over-year to its highest level in four decades – a worrisome sign that the inflation might be becoming more entrenched in the economy.
But then, starting at around 11:05 a.m. ET, stocks rallied, with S&P 500 up 1.3%, Nasdaq rising 0.8% and Dow Jones gaining 1.8%, according to the Wall Street Journal’s data index. Crypto markets came along for the ride.
“For now, bitcoin buyers have to defend the $18,500 support with attempts to regain the $19,000 level remaining in the pursuit in the next couple of days,” Fuad Fatullaev, co-founder and CEO of Web3 ecosystem WeWay, said.
Despite the midday twist in stocks and crypto, investors in money markets clearly saw the report as hawkish: Trading in federal-fund futures on the CME reflects a 97% chance of a 75 basis point (0.75 percentage point) rate hike at the Federal Reserve’s next monetary-policy meeting in November; a hike of that size is triple the Fed’s more typical increment of 25 basis points in prior interest-rate cycles.
Data from the CME Group even now shows investors pricing in a 3% chance of a 100 basis point rate hike – practically unheard of since the high-inflation era of the early 1980s.