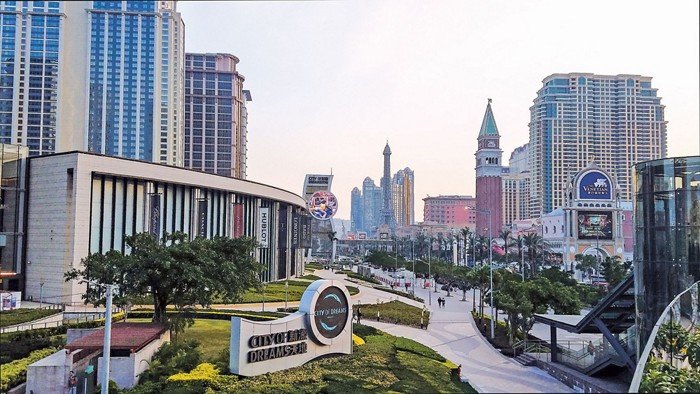 The balance sheets of Macau’s casino operators are likely to be further stretched by government demands around non-gaming investment under the concession re-tendering process as well as weaker than usual average player spend that won’t be resolved by the return of eVisas, according to global investment bank Credit Suisse.

In a Tuesday note, Credit Suisse analysts Kenneth Fong, Lok Kan Chan and Sardonna Fong said they had gained some insight into the progress of Macau’s concession re-bidding process which “is not as straight forward as expected with government demanding much more non-gaming investment.

“Most operators need to lift their proposed spending when they meet with government this week,” they wrote. “We see pressure to the already stretched balance sheet and long-term margin.”

Likewise, while Golden Week visitation during the National Day holiday was the highest since 2019, player spend per trip was down by 20% to 40% on average due to “wealth impact” from China’s weaker economy and property market. The analysts noted that China’s ongoing travel restrictions limited player visits while some frequent players cannot currently visit Macau due to China’s efforts against cross-border gambling.

“These constraints could not be resolved by eVisa, in our view,” they said. “We continue to see a slow recovery as the qualitative constraints above remain.”

The analysts added that October GGR will likely remain subdued and have placed their estimates at the low end of consensus.

“We expect GGR is likely to stay soft amid COVID regional outbreaks in China and traffic controls around [the] China Party Congress,” they wrote.

“At this revenue, the Macau operators are likely continue to be in loss making mode.”