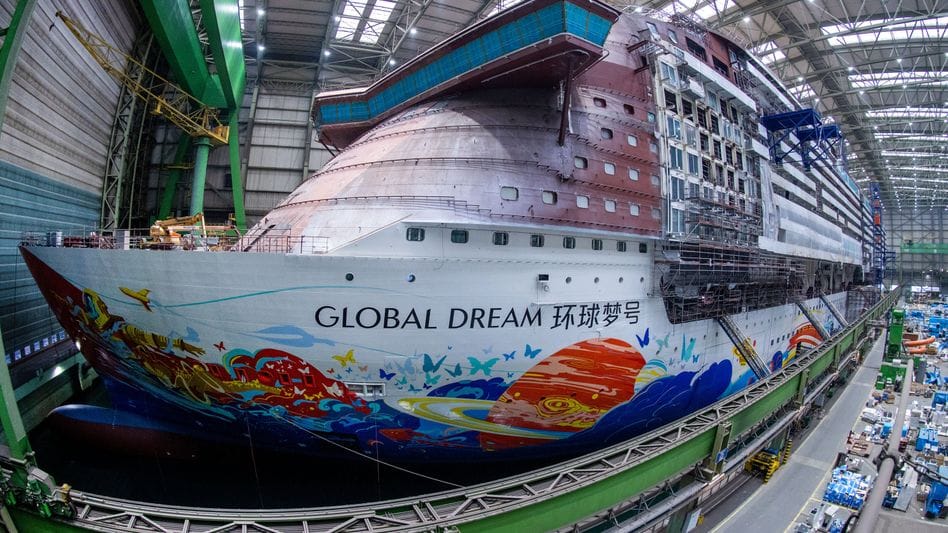 Disney Cruise Line, a subsidiary of The Walt Disney Company, is reportedly in discussions to purchase and complete construction of Global Dream – the unfinished, 9,000-passenger cruise ship previously being built by Genting Hong Kong.

According to a report by cruising news outlet Cruise Hive, Disney is close to securing a deal that would see construction of Global Dream continue at Genting Hong Kong’s former MV Werften shipyards in Wismar, Germany. No sale price has been confirmed although it is unlikely Disney Cruise Line would be required to pay anything near the US$1.6 billion construction cost touted by its former owner.

Measuring 342 meters in length, Global Dream had promised to be the world’s largest cruise liner by passenger capacity before construction ground to a halt in January when the shipyards filed for insolvency. Genting Hong Kong has since seen provisional liquidators appointed over debts totalling almost US$2.8 billion – a process that began when the company was unable to access US$88 million in funding form the German government that it needed to avoid triggering loan defaults.

MV Werften’s insolvency administrator, Christoph Morgen, announced the discussions with Disney late last week, with an employee of the shipyards – the future of which remains uncertain – quoted as saying, “It is a very different picture psychologically if this large ship is finished in Wismar than if it were towed out there and scrapped somewhere in the world.”