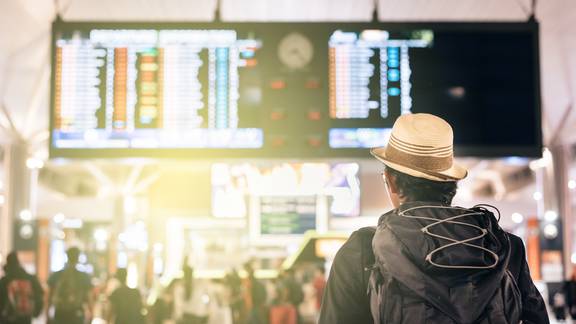 Asia Pacific may lose its title as the world’s largest travel region, according to a recent study by analysts at the Centre for Aviation (CAPA).

The region, which held the title for most of the last decade, is due to be overtaken by Europe according to the report, produced by a team of international travel industry analysts.

A combination of beautiful destinations and global business power has made the Asia Pacific a popular destination to visit.

In 2019, 3.38 billion people travelled through airports in the Asia Pacific. This accounted for 37 per cent of global air travellers.

However, ACI Asia-Pacific (an industry organisation representing the region’s airports), estimate just 1.84 billion passengers will have passed through by the end of 2022.

According to CAPA, the pandemic is largely to blame and has impacted the area’s reputation and accessibility.

The two largest travel markets China and Japan have not only had some of the strictest Covid-19 protocols but have been the slowest to drop them.

“What happens there has an outsized impact on the rest of the region,” said CAPA of China and Japan.

As a result, air travel in the Asia Pacific is still 45 per cent down compared to pre-pandemic levels, the CAPA report said.

Domestic travel has recovered faster than international travel but a full recovery to pre-pandemic levels is not expected until the end of 2023 or early 2024.

“Even then, recovery is dependent on countries opening their borders and ending lingering travel restrictions, as well as the wider economic and epidemiological situations,” the report stated.

CAPA said the “harmonization of international travel rules” and “political commitments towards openness and freedom of movement” could help speed up the recovery of the travel industry, as well as a focus on vaccination.

Meanwhile, other parts of the world are well on the way to 100 per cent.

CAPA found European air travel is back to 85 per cent of pre-pandemic numbers, despite conflict caused by the Russian invasion of Ukraine.

Many European countries dropped their Covid-19 restrictions far more promptly than other regions, making it a hot spot for travellers during the summer.