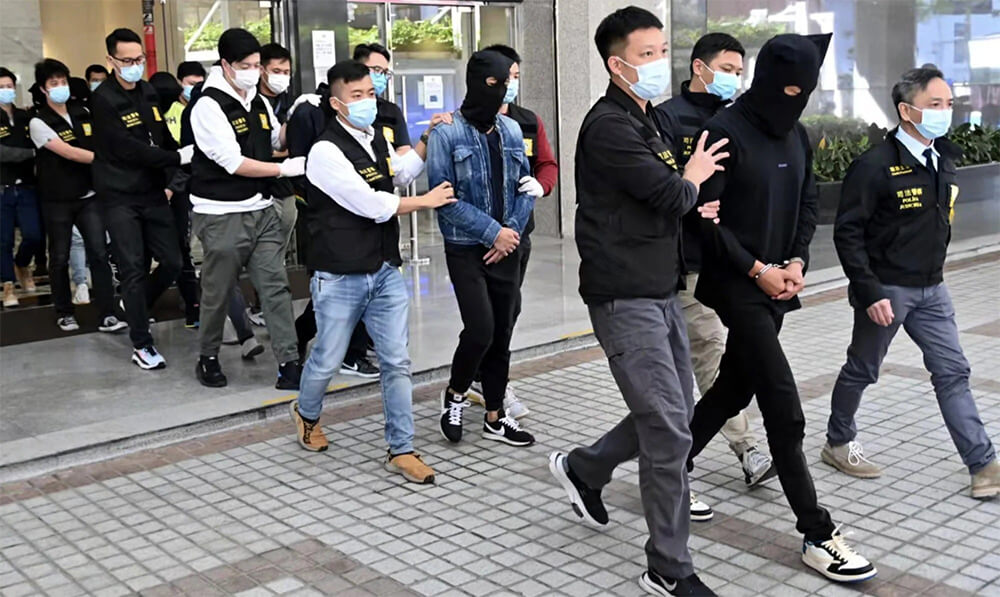 Thirty-six people connected to former junket giant Suncity have been sentenced to varying lengths of imprisonment by a court in Wenzhou, China, state-controlled media reports.

The defendants were each accused of being part of a cross-border gambling syndicate overseen by Alvin Chau that enabled Chinese residents to travel in VIP junkets to Macau and elsewhere. Chau was not among those convicted Friday. He is being tried separately by a court in Macau.

The defendants received prison sentences ranging from one year and four months to up to seven-and-a-half years in prison.

Disrupted Social Order
The court declared that Zhang, Hao, and others were instructed by Zhou to set up, operate, and manage companies in China that would receive gambling funds and gambling debts collected by the junket.

Zhang Ningning illegally traded foreign exchange, which “disrupted the order of the financial market,” according to the court.

The amount of money involved in these cases is particularly huge, and [the syndicate] has severely disrupted the social order of the country,” it added.

Wenzhou prosecutors said Suncity had established online gambling sites based in the Philippines and elsewhere since 2015. Those sites allegedly targeted China, where gambling is illegal.

The company set up asset management firms on the mainland, as well as underground banks, to facilitate cross-border money exchange and settlement services. They were used for mainland gamblers and collected gambling debts, they added.

It had 280 mainland Chinese shareholders, 38K junket agents, and 60K VIP gamblers as of November 2021, according to the verdict.

Rise and Fall
Suncity was the biggest operator in the junket industry, which, until recently, drove massive revenues into Macau’s casino sector.

In 2014, Macau’s peak year, 60% of its US$45 billion revenues were driven by the junkets. Suncity was believed to control around 40% of the junket market. Those numbers made Chau one of the wealthiest and most powerful people in Macau. The junkets waned in later years as Macau, under Beijing’s influence, began to pivot away from its reliance on the VIP market.

Chau’s arrest in November 2021 signified the final nail in the coffin for the junkets. Beijing finally lost patience with an industry it blamed for money laundering, capital flight, and “severely disrupting the social order.”

Chau remains a major shareholder in the wider Suncity Group, which owns casinos in Russia and Vietnam, and which is building the Westside City Project in Manila.