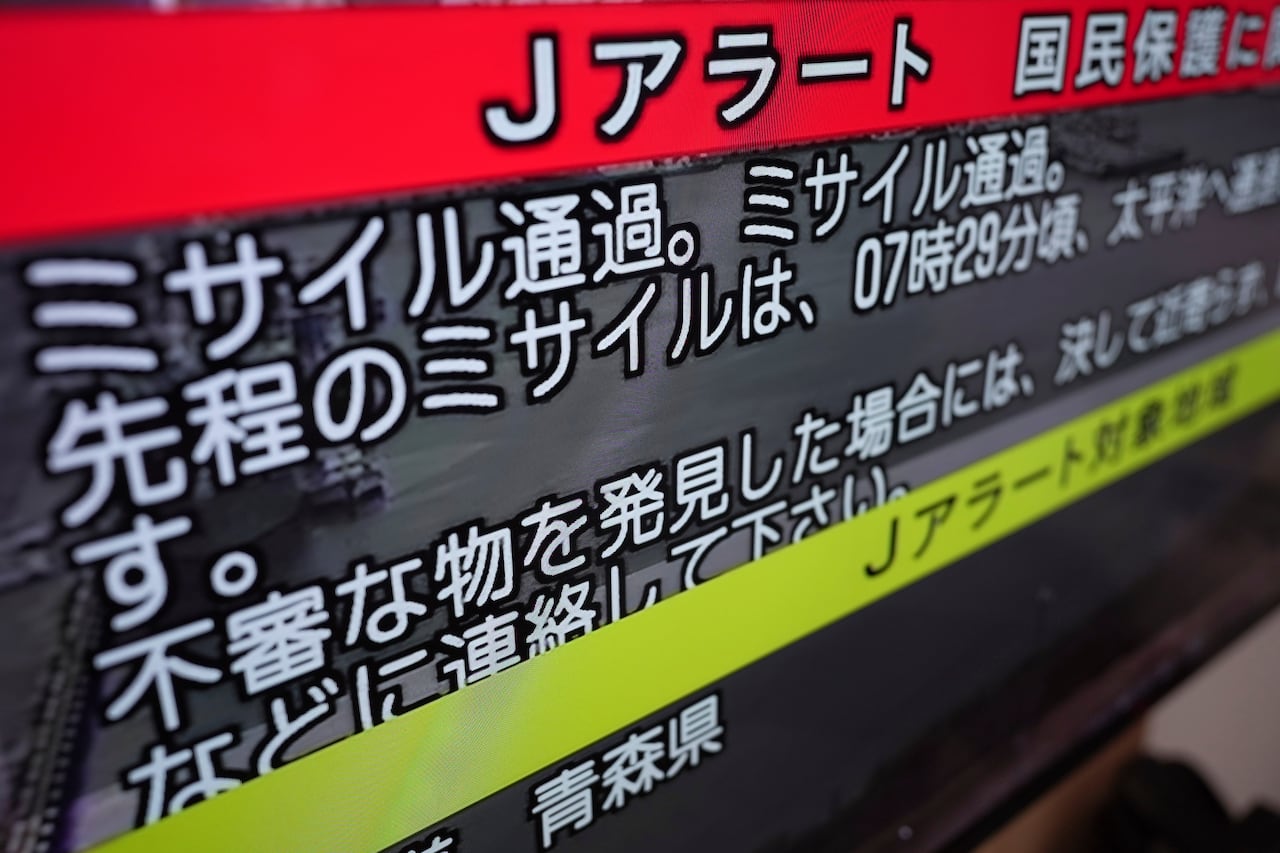 It prompted a warning from the Japanese government for people on the island of Hokkaido to take cover during its flight, and the temporary suspension of some train operations.

It is the first North Korean missile launch over Japan since 2017.

“North Korea appears to have launched a missile. Please evacuate into buildings or underground,” the Japanese government said in a rare alert issued at 07:29 local time on Tuesday (22:29 GMT Monday).

Officials said the missile fell into the Pacific Ocean about 3,000 km (1,860 miles) from Japan, and that no injuries had been reported in connection with it.

Japan’s Prime Minister Fumio Kishida strongly condemned the actions, describing the launch as “violent behaviour”, and the Japanese government has called a meeting of its National Security Council.

The launch appears to be a deliberate escalation designed to get the attention of Japan and the US, who have largely been ignoring North Korea’s leader Kim Jong-un.

It is in complete contravention of international norms to fly missiles towards or over other countries without any pre-warning or consultation.

Most countries avoid doing it completely as it can easily be mistaken for an attack, and while it is not as a big as a nuclear test – which could be next – it is nevertheless hugely provocative.

N Korea missile tests: What does Kim Jong-un want?
The US has responded, with the top US diplomat for East Asia, Daniel Kritenbrink, describing North Korea’s decision as “unfortunate”.

It comes as Japan, the US and South Korea staged trilateral military exercises earlier last week, which have been known to provoke Pyongyang.

The missile launch is the fifth carried out by Pyongyang in a week. On Saturday, two rockets came down in waters outside Japan’s exclusive economic zone.

Many of North Korea’s missile tests are conducted on a high, lofted flight path – reaching a high altitude, avoiding flights over its neighbours.

But firing over or past Japan allowed North Korean scientists to test missiles under circumstances “that are more representative of the conditions they’d endure in real-world use”, analyst Ankit Panda told news agency Reuters.

Earlier this month, North Korea passed a law declaring itself to be a nuclear weapons state, with leader Kim Jong-un ruling out the possibility of talks on denuclearisation.

Pyongyang conducted six nuclear tests between 2006 and 2017, despite widespread sanctions.