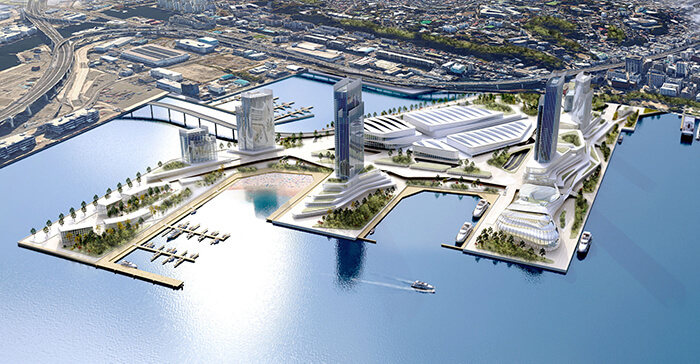 It is only in recent years, there has been a world wide push for reform and updating of gambling laws. No place is this more prominent than in Japan. The “Casino Bill (IR Promotion Act)” was enacted in December 2016, and the “IR Improvement Law” was enacted in July 2018, that a movement to lift the ban on casinos has finally appeared in Japan. Historically, the country has always had a wary relationship with casinos and games of chance. Former Prime Minister Shinzo Abe, who was a supporter of the move, was quoted as saying that he believed the measures would encourage tourism and improve the economy of the nation.

Integrated Resort (IR) refers to a “complete resort” that incorporates not just a casino, but also a variety of entertainment and lodging options as well as other tourist attractions in a single location. Although it has casino amenities, it is a complete tourism facility that would definitely appeal to the safety and comfort preferences of foreigners as well as locals.

In the recent past, Japanese residents had to travel abroad in order to experience the thrill of gambling in a genuine casino. However, in the not-too-distant future, they will be able to play games of chance in their home country. On the other hand, there are a lot of people who are worried about the decline in public safety and the rise in gambling addiction and oppose the move.

Despite Shinzo Abe’s terrible assassination, Japanese support for integrated resorts is unlikely to decrease. The results of Japan’s House of Councilors elections on Sunday are one indication that this is, in fact, the case.

Elections in Japan Enforce the IR Bid
Recent elections in Komeito showed both the Japan Restoration Party and the Liberal Democratic Party as victors. They now hold 146 out of 248 seats, which gives them a majority. Party members will now be able to influence government policy. Shinzo Abe’s initial idea of three new casino resorts in Japan, which would open up the nation to tourists, support Japan’s prefectures, and bring in a significant amount of tax income, is being pursued by both parties.

The integrated resort in Osaka, which is expected to open soon awaiting clearance from the government, required strong political backing in order for the resistance to the project to not create difficulties and the project is now almost sure to continue unhindered.