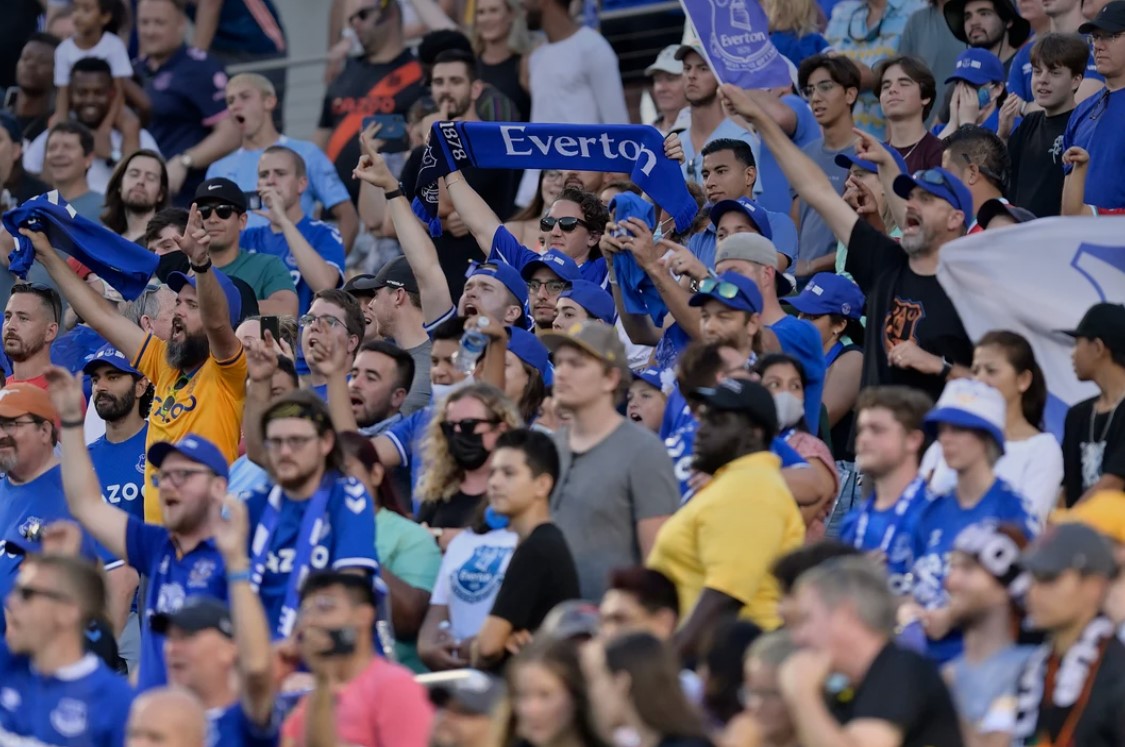 Everton have moved to reaffirm that they do not have any affiliation with Stake.com despite their sponsoring of the club’s shirts, according to Rob Davies.

The Toffees announced that the crypto gambling website was to take over from Cazoo as the company emblazoned on the front of all of their shirts for the 2022-23 season and beyond to backlash from fans.

The increased scrutiny on gambling in general, both sports and crypto, has come after Davies, a journalist for The Guardian, discovered that EFL clubs took a cut of supporters’ losses on SkyBet.

He also asked Premier League clubs for comment regarding their own gambling sponsorships and Everton responded, which he then shared with the world via his personal Twitter account.

“Everton FC have assured me that there is no affiliate relationship as part of their (sometimes controversial) sponsorship deal with crypto gambling website Stake,” he said.

From the very moment Stake.com were announced as the shirt sponsor for Everton before the season began, there were a number of bid red flags and questions that needed answering and not one of them has been.

There will undoubtedly be a huge wad of cash entering Farhad Moshiri’s pockets with this deal that wasn’t quite happening with Cazoo previously but the premise that has been set is a dangerous one.